I guess I’ve been on a bit of a hat kick lately! Most recently I finished The Bar Harbor Hat:

If you’re looking for a great simple and quick hat, this is it! It would also be really easy to change your look by just using a different ribbon :)

I modified the pattern slightly by casting on 100 stitches instead of 90 , and I only knit 35 rows before starting the decreases.

Next up are the Halfdome hats. Both of these were made for Jason, my sister’s caregiver. He is currently undergoing chemotherapy and radiation, and in a few days will be having a stem cell transplant. 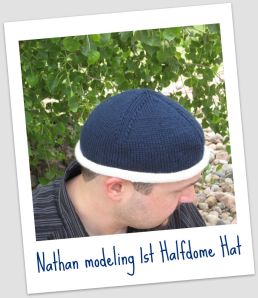 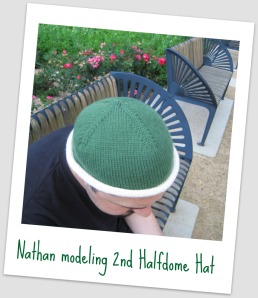 I still have a few more hat I want to make for a couple of charity projects:

5 thoughts on “Hats, Hats And More Hats!” Leave a comment ›

CHECK OUT OUR SHOP!